The common reading program is designed to foster intellectual engagement and participation for all members of the NDMU community through a shared experience.

What is Common Read?

All students, faculty, and staff read the selected literary work and participate in various opportunities throughout the academic year to engage in scholarly inquiry, broaden and deepen their understanding and responsiveness to social problems, promote dialogue and interdisciplinary exchanges, and seek opportunities to put the new learning into action.

Faculty members integrate the common read into each course for the academic year, inviting the student to explore the same piece of work through multiple lenses, an approach consistent with the liberal arts tradition. 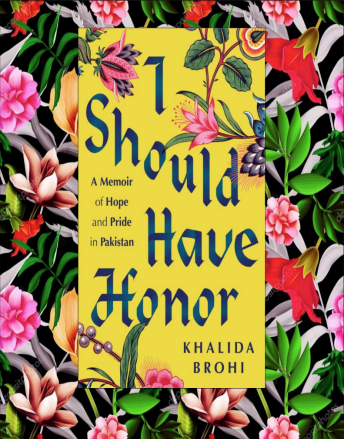 I Should Have Honor is a fearless memoir about tribal life in Pakistan—and the act of violence that inspired one ambitious young woman to pursue a life of activism and female empowerment.

Khalida Brohi will visit NDMU on October 25, 2022. Join us for a public presentation at 7:00 p.m. in LeClerc Auditorium.

Khalida Brohi, from Balochistan, Pakistan is an activist and social entrepreneur. She is the Founder and Executive Director of Sughar Foundation, a non-profit dedicated to providing rural women in Pakistan with socio-economic opportunities and education.

Khalida is also the co-founder of The Chai Spot with her husband, a social-enterprise that brings the beautiful cultures of Pakistan to United States via chai, handmade products, stories and events.

Khalida is the author of her memoir I SHOULD HAVE HONOR, highlighting stories of her childhood in Balochistan and what led her to work for women’s rights in Pakistan.

The entire campus community is encouraged to submit nominations for the common reading each September. An interdisciplinary group consisting of faculty members, staff, and students review the nominations and feedback and select the piece of work based on the following criteria: