The Elizabeth P. Hoisington ’40 Distinguished Alumna Award is presented to a graduate who, through achievements in career and/or community service, embodies the principles of Notre Dame.

Winners, who have graduated no fewer than five years ago, have demonstrated loyalty to the University and achievements in career and or community.

After her death in 2007, the award was dedicated to Brig. Gen. Elizabeth P. Hoisington ’40, who served our nation with leadership and vision—particularly as one of the first women to attain the rank of U.S. Army general. The 2008 award was the first given under the new name. 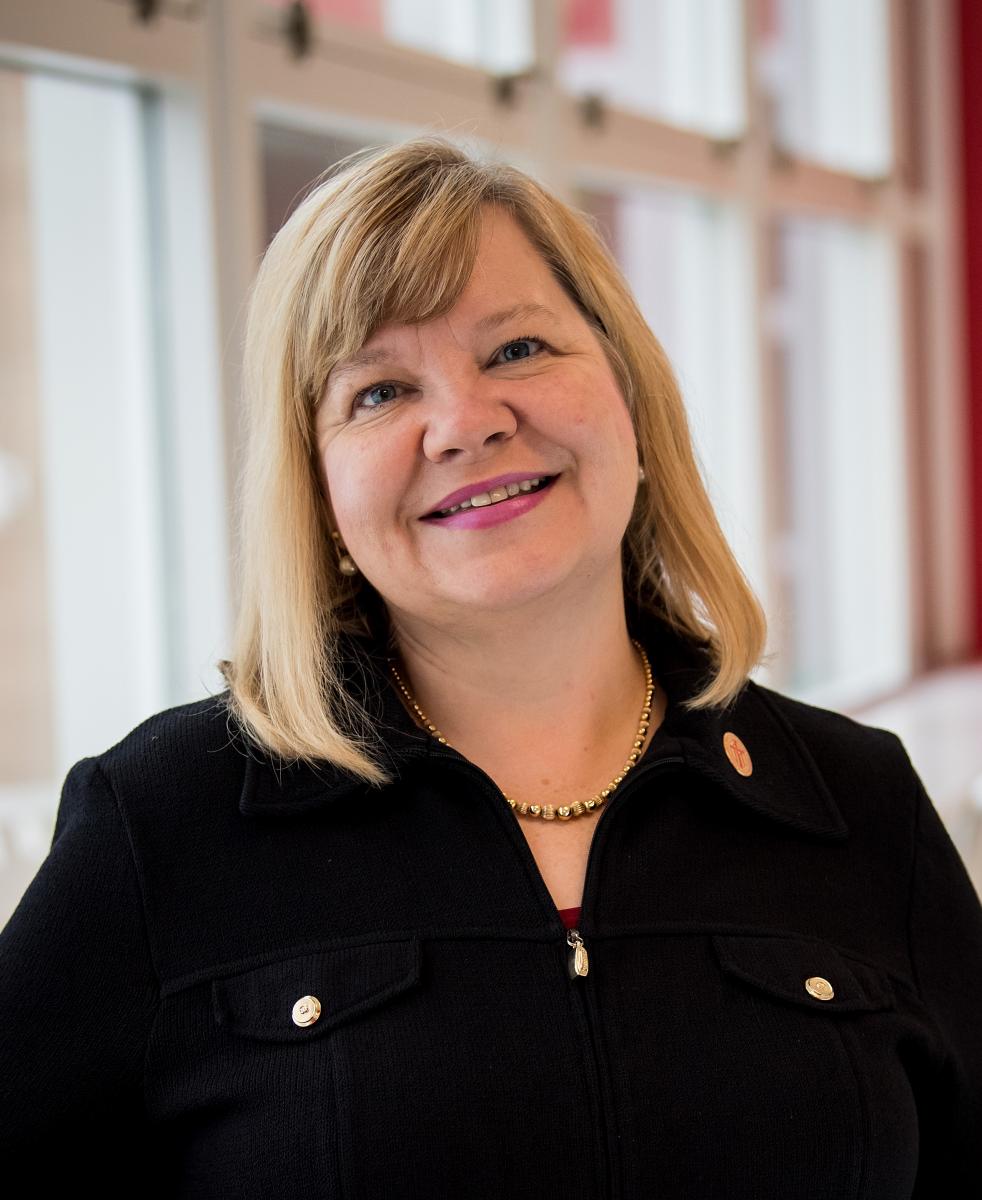 Mary Beth Lennon entered Notre Dame’s Women’s College as an Elizabeth Morrissy Scholar in 1985. An active campus leader, she received her bachelor’s degree in history with a minor in political science in 1989. At the urging of Dr. Charles Ritter, she continued on to The Catholic University of America in Washington, D.C. where she completed her master’s degree in Latin American history and worked in the nonprofit sector there.

In 1999, Mary Beth returned to Notre Dame as our alumnae relations director, building lifelong friendships with alumnae, and representing Notre Dame on visits to Puerto Rico, Panama and Japan. She later became director of corporate and foundation relations, working tirelessly to raise funding for faculty research efforts and significant campus renewal projects. We were lucky to have had Mary Beth on staff—not only as an enthusiastic alumna, but a dedicated colleague and friend to many.

From 2007 to 2014, Mary Beth was part of the founding leadership team of Cristo Rey Jesuit High School, the first new Catholic high school to open in Baltimore in more than 40 years. Now beginning her seventh year as president of Mercy High School, Mary Beth has led the Catholic girls high school through a renaissance of sorts. With new learning spaces, the new International Baccalaureate Programme, and a new $4.7 million state-of-the-art athletic complex, Mercy is growing and thriving—despite the challenges of this pandemic.

Over the last two decades, Mary Beth has served on the boards of St. Francis of Assisi School in Mayfield, the Emerald Isle Club, and Baltimore Heritage. She has used her Spanish-language skills as a volunteer tutor and fundraiser with the Esperanza Center and as a catechist at Our Lady of Pompeii Church. This fall, she is a new member of the Loyola Blakefield Board of Trustees and the Nominating Committee of Mercy Health Services.

Mary Beth is a busy woman, and we are grateful for the countless ways she has given back to our NDMU community, including representing Notre Dame on the board of the Independent College Fund of Maryland, as well as serving on the Alumnae Association Board and numerous Reunion committees. A member of both the Mary Meletia and Montrose Societies, she is a familiar face at many NDMU events—she has attended just over 50 in her alumna tenure!

Mary Beth has been recognized in Baltimore and beyond. She was named to The Daily Record’s Maryland’s Top 100 Women list in 2011, 2016, and finally in 2018 when she was named to their Circle of Excellence. This past January, she was one of 20 heads of school from around the world selected for a prestigious Klingenstin Fellowship at Columbia University’s Teachers College.

We are honored to call Mary Beth a Notre Dame alumna. She is certainly a distinguished—and enthusiastic—member of our community. Congratulations, Mary Beth!