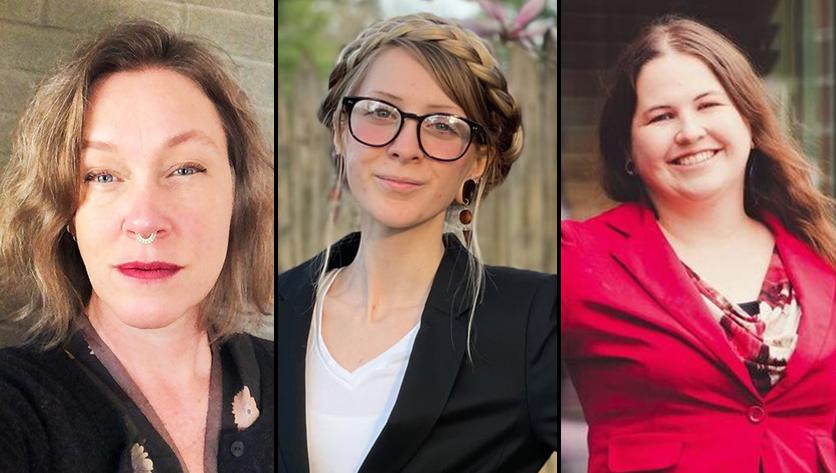 BALTIMORE – When Melanie Sanderson ’20 first heard about the idea of art therapy, she immediately looked into making a career change.

With extended periods of time working as a volunteer paramedic and a graphic designer, the profession resonated as a way to combine her love of artwork and a desire to help people during moments of distress. She struggled, though, in her initial attempts to find a graduate program which would allow her to enter the field.

Enter Notre Dame of Maryland University, which in 2018 became the first school in the state to offer a master’s degree in art therapy. Sanderson learned of the opportunity through Julia Andersen, NDMU’s Graduate Program Director.

“I was in the middle of getting a social work degree in order to get a certificate for art therapy,” Sanderson said. “That was the best route I could find for art therapy. Julia and I rented studio space in the same building, and she mentioned that they were starting a new program at Notre Dame. I was like, ‘Sign me up! I will do whatever I need to be a part of that.’”

Fast forward to the present, and Sanderson now works as the lone art therapist at Springfield Hospital Center, a regional psychiatric hospital operated by the state of Maryland in Sykesville. The hospital houses 220 individuals, all of whom have been through the criminal justice system, where they were either found incompetent to stand trial or not criminally responsible for their actions due to mental illness.

“I feel like I’ve been able to make substantive changes, providing care that the patients wouldn’t have received otherwise,” Sanderson remarked. “I’ve been able to help psychiatrists and the forensic team make decisions about patient care with evidence from the art. I’ve been able to say, ‘This person has actually changed.’”

Of the 220 patients, Sanderson estimates that she has worked with 160 of them during her first year at the facility, both in group and individual settings. Despite the effort of handling such a large number of complex cases at Springfield, she feels that she was readied for the challenge during her time at Notre Dame.

“I feel phenomenally prepared for my job,” Sanderson said. “Our professors were so excited and passionate about teaching us everything they could in their areas of expertise. The program gave me a super strong foundation to build on.”

Working in an institutional setting is one option for art therapy professionals. Joining a private practice is another, with recent NDMU alumnae Emily Kendall ’20 and Samantha Willett-Jackson ’21 both hired at regional offices for Anchor Counseling Centers in Maryland after graduation.

Kendall joined NDMU’s graduate program straight after graduating from Towson University with a degree in psychology. Willett-Jackson, meanwhile, was drawn to art therapy after initially working as an art educator for Harford County Public Schools following her own graduation from Towson in 2016. 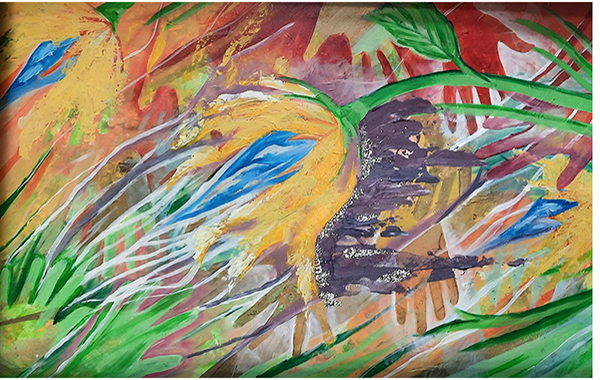 “We won an award after making an entire curriculum using art expression and art expressive therapies,” Willett-Jackson said. “And it dawned on me that this was something I wanted to do more of. I started to feel very constrained as a teacher.”

Art therapy can often be confused with the typical art education classes offered in school settings. Having now worked as both an art educator and a therapist, Willett-Jackson describes how the latter helps individuals form a deeper connection with their inner-self.

“Learning can be therapeutic because it makes you feel empowered,” she said. “But it kind of ends there. Art therapy moves forward and uses that process to develop emotional skills, cognitive learning in a way where you become more self-aware and you’re able to find new ways of expression.”

In addition to a wide variety of coursework, all students intern at two locations during the master’s program. Those internships had a particular impact on Kendall, benefiting her as she transitioned to a private practice where she works with a wide variety of clientele.

“I started off at My Sister’s Place, which is a women’s shelter in Baltimore,” Kendall said. “I got to work with a lot of different ages there, with people who had a range of mental health challenges. And then I went on to Edenwald Retirement Community, where I built my own art therapy program. That was another community setting, but I did 1-on-1 sessions as well and that gave me great experience for my current role.”

All three NDMU alumnae agreed that there is both a rising demand for therapy and an increased recognition of art therapy as a valuable alternative to classic methods. 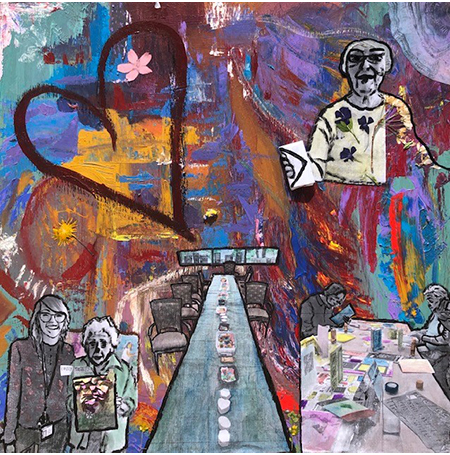 “There are so many people that just don’t resonate with traditional talk therapy,” Kendall said. “There needs to be different ways to express yourself and process different challenges. Creative people, as well as those who are non-verbal or struggle to express themselves with their words, they can all definitely benefit from art therapy.”

“I was considering eight jobs after graduating from Notre Dame,” Sanderson added. “People were really excited about having an art therapist. I think it led to a level of interest in hiring me that wouldn’t have been there if I only had a LCPC [Licensed Clinical Professional Counselor] or social work counseling degree.”

In Maryland, employers can create positions and easily hire art therapists due to art therapy specific professional licensing (LCPAT), with reimbursement parity to other licensed mental health counselors and therapists in the state. There is no disincentive to hire an art therapist in Maryland, only value added. As the field continues to grow, Notre Dame’s status as the only University in the state to offer a master’s program in art therapy continues to stand out.

“The program is so integrative,” Willett-Jackson said. “Every class opened up a new emotion in my brain, a new understanding of how art works.”

“All of the professors are so dedicated to helping you achieve your goals,” Kendall concluded. “The program is interesting, it’s hands-on, and I absolutely loved it. I would encourage anybody interested in art therapy to give it a try because it will give you all the resources and knowledge you need to be successful in your career.”