Henrietta Lacks’ name is synonymous with medical research. Her DNA cells are credited with helping to create dozens of medical breakthroughs. Today, her great-granddaughter is a student at Notre Dame of Maryland University and she’s hoping to continue her family’s legacy.

When it comes to modern science, Henrietta Lacks is a woman that is at the forefront of research. Her DNA cells, commonly referred to as HELA cells are credited with helping to discover the polio and HPV vaccines as well as helping to make strides in the fight against cancer. Unfortunately, Lacks never knew she played such a pivotal role in modern medicine.

Her cells were obtained without her knowledge during a hospital stay in 1951. Years later, long after her death, her family discovered what had happened and through the years they have worked endlessly to protect her rights and privacy while moving science forward.

Oprah Winfrey was so moved by the story she brought it to the big screen. “The Immortal Life of Henrietta Lacks,” based on Rebecca Skloot’s book of the same title has been transformed into an HBO movie.

Lacks’ family served as consultants for both the book and the movie. They traveled to the Atlanta set, and can be seen in the film as extras. They were also involved with the production here in Baltimore. One of those family members is a Biology Major here at Notre Dame of Maryland University.

Aiyana Rodgers, ’20 is Lacks’ great-granddaughter. We sat down with Rodgers to discuss what it means to be connected to Lacks and how it’s played a role in who she is and what she wants to do in the future.

When did you become aware of exactly who your great-grandmother was and the significance she’s played in modern science?

“I was 4 years old, that was the first time I remember my grandfather, Sonny Lacks telling me about my great-grandmother and who she was. But I would say this past year is when I’ve been more involved and I’ve learned more about her. This year I’ve been doing a lot, and going to places and I have actually done class projects on [her] to test my knowledge... We had a “Women in Science,” project in my biology class and even though she had already been introduced, I reintroduced her and explained what she did. I had a list of what her cells created. [Her cells helped researchers discover vaccines for] HPV, Polio, the list goes on.”

When you do these projects, what is the reaction?

“People have become more interested in it. They are usually very surprised. People know about her, but not enough, especially people my age…I feel as though everybody should know about her…it’s a long story and it’s still being written.”

How has the history of Henrietta Lacks influenced your life?

“I was always interested in science, but when it comes to what I want to do with my career as far as either doing research or becoming a pediatrician, that shaped me on the research path. I would like to actually physically work with her cells…I want to see what causes them to be immortal - what they can fix, and what they can’t fix.”

So, when you tell people who your great-grandmother is and you tell them her story, and they react and ask questions, how does that make you feel?

“I get happy seeing those types of reactions because they’re in the same type of learning process that I was once in.”

Why is it so important for people to know Henrietta Lacks?

“If you think about it, she has saved a lot of people’s lives and that’s important...She’s the reason there’s a polio vaccine. As far as the HPV shot, it’s a ten-year-old vaccine and her cells helped develop it. People should know the history.”

Oprah Winfrey plays your Aunt Deborah Lacks in the movie, what was it like meeting her?

“She was very humble. When we all gathered to meet, we took pictures with her and she greeted us with so much love and hugs.”

Your family has gone through a lot to gain control over the use of your great-grandmother’s cells, do you think that has made you more guarded/question people’s motives?

“I will tell you, when I’m signing papers at a doctor’s appointment, I read everything, no matter how long it is! I can say this has affected how everything goes in reference to medical decisions”

What brought you to Notre Dame of Maryland University?

“I actually attended a summer program here for future health professionals the summer before my senior year of high school... So, when it came time to look at colleges I was attracted to this environment because it was familiar, I knew where things were, the classes were small, and the personal connection with professors was important to me.”

How has your experience at NDMU been so far?

“There’s a huge difference between the fall semester and spring semester with time-management. I can say this school molded me into how I am right now. I’ve only been here for a year and it’s slowly molded me into who I am and who I want to be.” 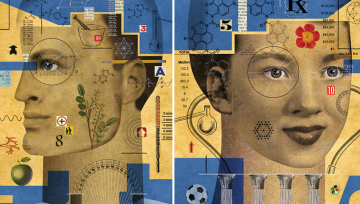 BRAND RESEARCH STRATEGY DESIGN Notre Dame of Maryland University has launched new branding for the University with inspiring words for students and potential students: “The World Needs the Best... 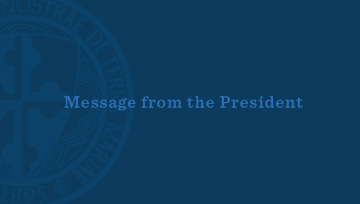 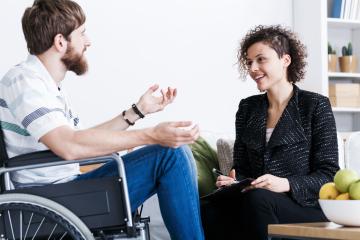