An Experience Worth the Wait Inspires a Major Gift 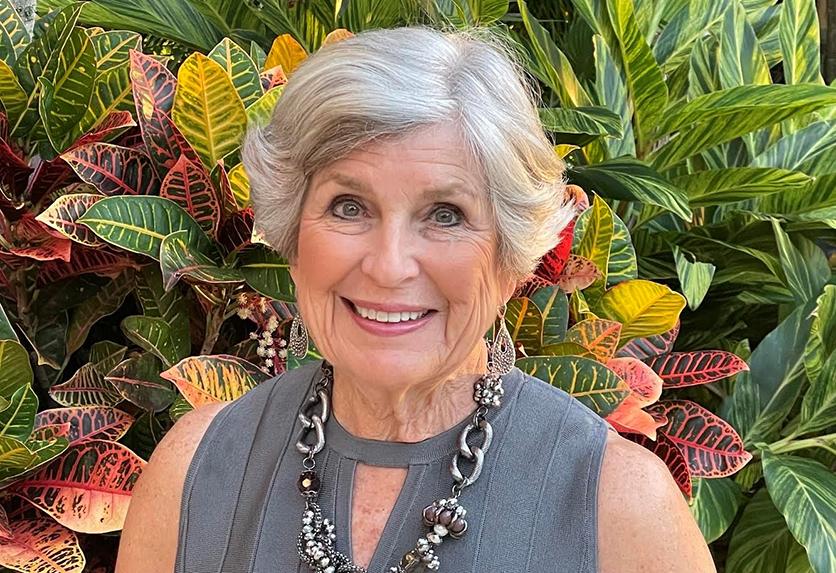 BALTIMORE – For Polly Behrens ’98, earning a bachelor’s degree was a long-time goal that spent several years on the back burner. Her experience at Notre Dame of Maryland University ultimately inspired Polly and her husband Bruce to support science education by making a significant commitment to Go Beyond: The Campaign for NDMU.

A native of Cleveland, she enrolled at nearby Case Western Reserve University after high school, but after completing only nine credits she had to withdraw due to unforeseen circumstances. Shortly afterwards, she met Bruce.

The couple married in 1966, and raising their three daughters took priority over a quick return to school. In the early 1990’s, however, one of Polly’s friends introduced her to Notre Dame and the school’s Continuing Education program, which allowed women aged 25 and over the opportunity to attend classes with traditional-age undergraduate students. With her kids now approaching college-age themselves, she decided to join her friend and enroll.

“The fact that it was an all-women’s college made the idea of returning to school less daunting,” Behrens said. “It was a great experience. Being a wife, mother and community volunteer, it took me from 1991 to 1998 to complete my degree, but I enjoyed every minute of it. I actually had some classes with one of my daughter’s friends from Roland Park Country School, who was a freshman when I started. It was wonderful to have classes with the young people, and I think we adults enhanced their learning as well.”

Polly took a wide variety of courses during her time at Notre Dame, ranging from Statistics and Organic Chemistry to English, Psychology and Painting. Maintaining a busy schedule outside of school often led to many long nights to keep up with homework.

“I remember getting a phone call at 2 a.m. once as I was writing an English paper,” Behrens said. “It was my daughter at the University of Colorado in Boulder calling for help with her own paper. We ended up writing them together. I graduated a week after our youngest daughter, I remember writing my final paper on the plane back from Colorado.”

Those years at Notre Dame, which culminated in a Liberal Arts degree, formed a lasting connection between Polly and the institution. She maintained relationships with several of her classmates, taking part in a book club with former English professor Jo Trueschler and others which only recently disbanded. After graduation, Polly was additionally part of the former Continuing Education board, which worked to enhance the experience of present-day CE students, as well as decorate Noyes House annually for Christmas.

“It’s highly important for women in and out of our community to have the opportunity for a premier science education. As the mother of three daughters and now several granddaughters, it’s a great feeling to be able to help out.”

Polly and Bruce also used their means to support the school financially. They have made generous annual contributions to the Notre Dame fund, and Polly served in a leadership role for several previous campaigns, including substantial commitments to the Sister Maura Eichner Endowed Chair in English and the Answering the Challenge campaign to benefit the School of Pharmacy.

“It’s another great way to get to know the folks who went to your school,” Behrens said. “The comradery and the friendships made from working on those campaigns brought me even closer to the school after graduation.”

When Notre Dame launched its Go Beyond campaign, which was announced to the public late in 2021, Polly and Bruce knew they wanted to play a key role and were immediately drawn to the project of renovating Knott Science Center.

The University is aiming to raise $9 million to update classrooms and common areas, as well as labs to support 21st century learning needs in the building. The enhancements will ensure that STEM graduates can compete for the region’s top careers in research, industry, and education.

“It’s highly important for women in and out of our community to have the opportunity for a premier science education,” Behrens said. “As the mother of three daughters and now several granddaughters, it’s a great feeling to be able to help out.”

The 2018 commitment made by the Behrens was part of a State matching grant program that Maryland schools are able to apply for every four years, and it gave a significant early boost to the Knott modernization campaign. Notre Dame’s recent State grant of $4 million towards the Knott Science Center project is the largest made to the University in over a decade.

For Polly, the desire to continue giving to initiatives which benefit Notre Dame’s future stems from a feeling of unity shared by the entire campus community.

“It seems to me that the whole staff has a warm, family kind of relationship,” she said. “Bruce felt that too, and has always been supportive of going forward with donating. Seeing the progress that Notre Dame is continuing to work towards, I’m just proud to be a part of it.”