In the U.S. and Abroad, Recent Physics Grads Excel After Graduation

Where Are They Now? Lesly Mendoza ’21 and Marion Smedberg ‘19 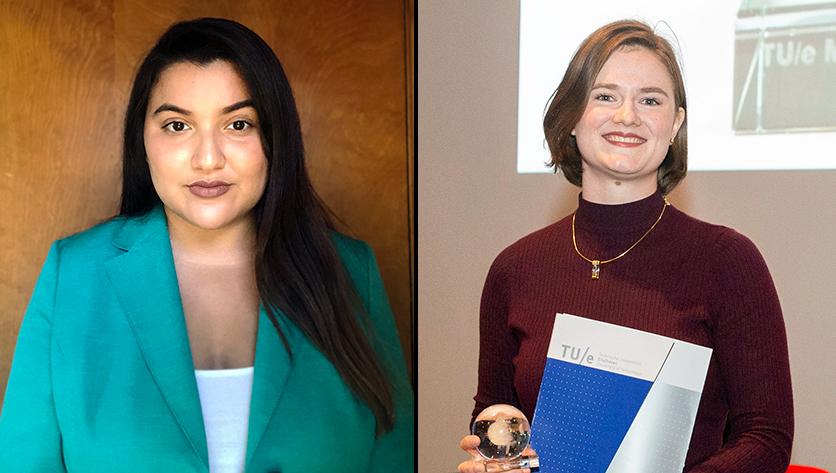 BALTIMORE – For Lesly Mendoza ’21 and Marion Smedberg ’19, interest in a career in science was cultivated at a young age.

A strong support system can be crucial in a country where women made up just 27 percent of all STEM workers in 2019, according to the U.S. Census Bureau. Raising that number has been a priority throughout the history of Notre Dame of Maryland University, with Smedberg and Mendoza just two examples of that work continuing today.

Both completed their physics coursework at NDMU in 2019. Mendoza would officially graduate two years later after completing her dual degree in electrical engineering at Columbia; she now works as an electronics engineer at MKS Instruments in Rochester, New York. Smedberg, meanwhile, moved overseas to earn a master’s in science and technology of nuclear fusion from Eindhoven University of Technology in the Netherlands, and she is in her first year as a doctoral candidate at the Max Planck Institute for Plasma Physics in Germany.

“Growing up, I would always help my dad when he was doing small projects or working on cars as a hobby,” Mendoza said. “My family is Mexican, and our culture is sometimes known for having gender roles, but my dad always made me feel like I could do anything. That was definitely beneficial, and it for sure impacted my decision to go into engineering.”

“My parents were constantly talking about science, specifically nuclear fission and fusion,” she said. “They’re not scientists themselves, they just love it. They kind of communicate through ideas, and that’s how I was able to bond with them.” 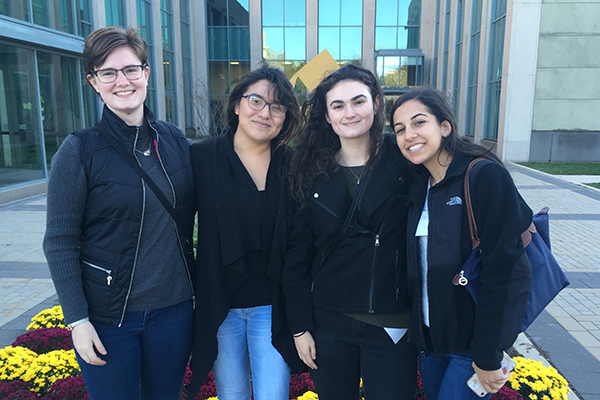 Both ultimately landed at Notre Dame for their undergraduate studies, with Mendoza particularly persuaded by a hand-written acceptance letter, which made her realize how individualized her education could be at the school. Experiences during their three years on campus played a key role in shaping their chosen areas of expertise.

“I initially thought I was going to be a mechanical engineer,” Mendoza said. “But as I started in those basic physics classes I realized I didn’t really like them. I switched gears, started taking courses for electrical engineering and just fell in love with the concept. Electricity, magnetism, different higher-level physics courses are what helped me decide what I wanted to do at Columbia.”

Mendoza also credits a wide variety of opportunities available outside the classroom which would later catch the eye of her future employers.

“A lot of companies are very intrigued by different types of internships that aren’t necessarily engineering focused,” she said. “I was able to work at the Maryland Science Center, I was able to work with and mentor high school students, I had several experiences different than what you would typically see on a resume.”

A highlight of Smedberg’s NDMU experience was the chance to actively participate in both campus ministry and the Planeteers, an environmental club during her time as an undergrad.

“Those were the first times I ever took a leadership role in anything. I hadn’t done that in high school at all,” she said. “That helped build my confidence a lot. Confidence is important in any field, but especially as a woman in a male-dominated science profession, you need to have confidence to pick yourself up after mistakes without letting them overwhelm you.”

In the classroom, one of Smedberg’s top academic memories comes not from a physics course, but from a persuasive speech assignment in one of her communications electives. The speech on her chosen topic, the environment, cemented a desire to pursue work that used science to fight against climate change.

Charting a Future in STEM

Smedberg’s goal is coming to fruition, as her current research at the Max Planck Institute focuses on computational modeling of fusion plasma. Scientists have increased efforts in recent years to supply energy to the world through nuclear fusion, the process which powers the sun and other stars in the solar system. Though the idea remains experimental, the potential rewards of achieving that feat are immense.

“My high-level goal would be to see a fusion reactor go onto the grid,” Smedberg said. “The benefit of fusion is it doesn’t create any carbon emissions. It is extremely energy dense, and the fuel is basically unlimited on earth. So if you can create this stable energy supply, then a lot of our climate problems related to energy could be solved.”

Smedberg will complete her doctoral work three to four years from now. While undecided on remaining overseas or moving back to the United States, she is leaning towards continuing to work with fusion, either as a researcher or an academic.

Mendoza, meanwhile, is using the benefits of her physics degree to keep her options open.

“Something I learned at Notre Dame was that I could do so many different things with my degree,” she said. “I taught for a while previously, and when I was at Columbia I actually worked in a research lab for neuroscience. There are so many things that require a science background, and companies are looking more for the thought process that comes with that rather than a specific degree.

“In terms of future plans, I’m looking at more master’s programs,” she continued. “I’m deciding between two, but I’m hoping to go into neuroscience and see where that takes me.”

From the initial encouragement given by family members to their time at Notre Dame and beyond, a strong support system has always been key for both Mendoza and Smedberg as they progress through their STEM careers.

“When I was thinking about going to Notre Dame initially, some people thought it would be hard to work in a field with mostly men after attending an all-women’s college,” Mendoza said. “But I’ve found it to be the complete opposite. Even aside from the women’s college concept, just the fact that there was so much diversity on campus was amazing. It really helped me establish a sense of identity, pride and acceptance as to who I am and who I will be in the field.”

“When voices in my head told me I couldn’t do something, I would always remember the things that my parents, my professors and my friends said to me to contradict those voices,” Smedberg added. “Having those people be a champion and a soundboard for me was invaluable. When I’m asked if I’m proud to be a woman in science, for me the answer is no. What I’m proud of is that I’m following my passion and trying to use my skills to the world’s benefit, despite any obstacles I face.”