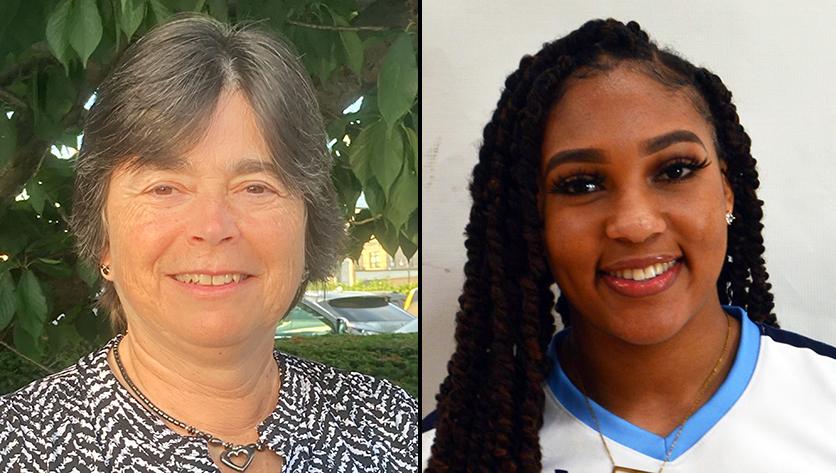 BALTIMORE – Toni Bower ’82 remembers the support she received from the campus community during home softball games. Whether it was watching entire games or simply catching a few innings after class, the backing from her fellow students was always noticed.

Bethani Newbold ’25 shares a connection with Bower as a two-sport athlete for Notre Dame of Maryland University, with both playing for the basketball and softball programs during their time on campus. Newbold also has a similar memory of supportive fans from her debut year at NDMU, as she fondly reflected on the fan turnout for the basketball team’s Colonial States Athletic Conference (CSAC) quarterfinal victory over Cairn University at MBK Sports Complex last February.

For home softball games, though, Newbold and her teammates currently travel to the Dundalk campus of the Community College of Baltimore County to host opponents. Go Beyond: The Campaign for NDMU aims to change that, with a new on-campus softball facility representing a key component of a $3.5 million fundraising goal for the Gators athletics programs. Other goals of the campaign include a turf field for the field hockey, lacrosse and soccer teams, resurfacing and repainting the tennis courts, securing a press box and equipment facility, and providing infrastructure for future athletics growth.

“It would be amazing to have a home field on campus,” Newbold said. “Our current field is nice, but to have one that we could truly call our own, and to make it easier for students and parents to watch you play, it would make a huge difference.”

“I think in a lot of ways, investing in athletics at the Division III level is even more important than Division I,” Bower added. “Because you are truly investing in those kids. They’re not motivated by money, or by going pro in their sport. They’re going pro in being a teacher, a broadcaster, a nurse. It’s a way to support their development as people and their overall college experience.”

Newbold has held a long-time goal of becoming a nurse, and she also knew that she wanted to play basketball in college. She initially struggled, however, to get noticed by schools while attending Daegu Middle/High School, located on a U.S. Army base in South Korea. Newbold ultimately caught the eye of NDMU’s coaching staff, and after hearing about the success rate of the University’s nursing students after graduation, she made her decision to attend.

After playing three sports in high school – basketball, softball and volleyball – Newbold chose to join the softball program as well following encouragement from her basketball coaches. She is one of several dual-sport student-athletes at NDMU, with the Division III environment offering a flexibility not often available at other levels, and she says that both teams have had a great impact on her life in college.

“Being an athlete teaches you about so many things,” Newbold said. “Your character and integrity, how to build relationships, how to properly communicate and become a leader in every aspect of your life. It helps in countless ways, particularly in college as you start transitioning into adulthood.” 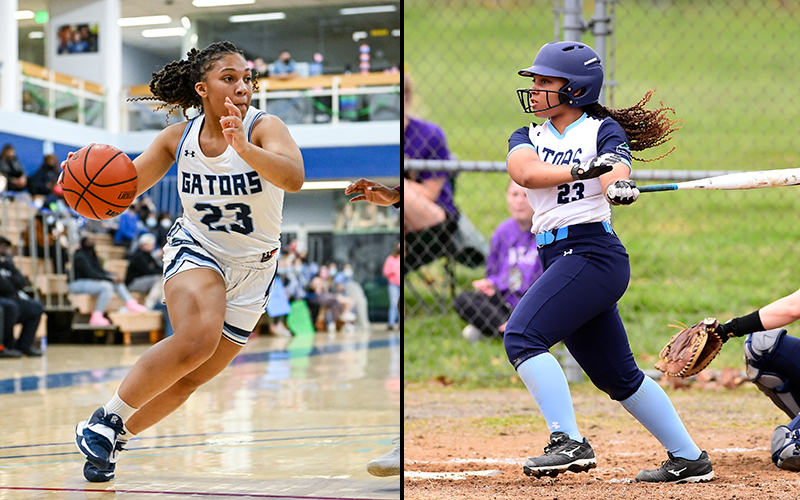 Approximately 25 percent of those enrolled in NDMU’s Women’s College are student-athletes who would benefit from the proposed initiatives in the athletics portion of the Go Beyond campaign. While playing on a team requires a substantial time commitment, many student-athletes continue to excel academically. Eighty percent of NDMU’s eligible student-athletes were named to the CSAC’s Winter/Spring All-Academic Team for posting a GPA of 3.20 or higher during the spring semester, and the lacrosse program took home the CSAC Team Academic Award for having the highest spring GPA (3.658) out of the conference’s seven competing institutions.

The time management skills that Bower learned as an athlete, along with Notre Dame’s broad, liberal arts education, allowed her to successfully transition into the working world after graduation. A communications major, she spent 10 years as a TV producer for ABC in the Baltimore, Buffalo and Philadelphia markets. After several years as a photographer, making use of a skill she first learned through an elective course as an undergrad, she is now working full time as an accountant.

“I loved having a liberal arts education, because it prepared me for so many different things,” Bower said. “I’ve made a few career changes over the years to try to find a good work-life balance, and the broad background that I received at Notre Dame was a huge advantage. It gave me the ability to pivot in different directions based on my life priorities.” 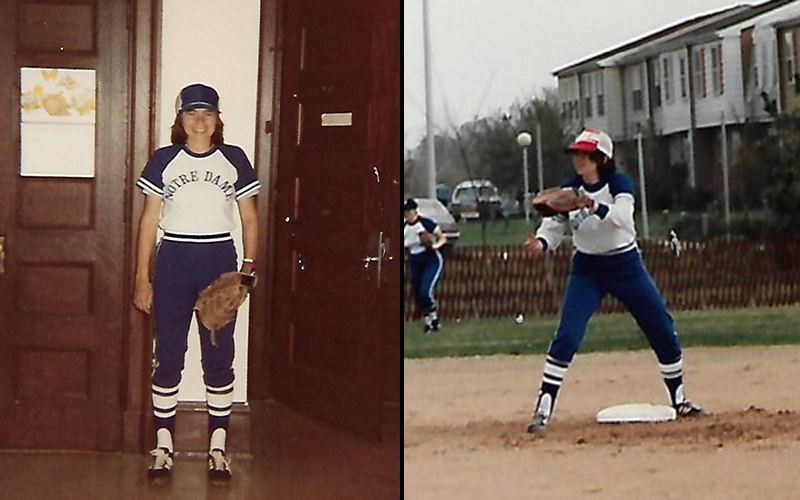 Bower continues to be highly involved in athletic activities. She plays on local softball teams for eight months of the year, while she has added weekly golf outings and daily walk routines to her schedule after taking a step back from basketball in recent years. The connection to Notre Dame that she formed as a student-athlete also remains strong.

“I still love Notre Dame,” she said. “I’m planning to come back for [Alumnae and Alumni Weekend] this year. I have such great memories from being on campus.”

In addition to her roles on the basketball and softball teams, Newbold is also a Resident Advisor and a member of the Morrissy Honors Program. Athletically, she is part of two programs that made big strides in the CSAC standings during the 2021-22 academic year. NDMU basketball reached the CSAC semifinals for the first time in team history and set a new record for CSAC victories (14), while the softball program just missed out on a playoff spot after posting an eight-win improvement from the previous season.

With success from other teams on campus in recent years as well, including CSAC championships for lacrosse (2019, 2021) and volleyball (2018, 2019), it’s an exciting time to be a student-athlete at Notre Dame. The Go Beyond campaign will ensure that the Athletic Department can continue its positive momentum well into the future.

“Regardless of the level we’re competing at, college athletes are putting their bodies on the line every day,” Newbold said. “We’re working extremely hard to achieve our goals, both as a student and as an athlete. Knowing that people are investing in the teams at Notre Dame, it means a lot to us.”