Nowrasta and her younger sister, Nastaran, Set to Join NDMU Community this Fall 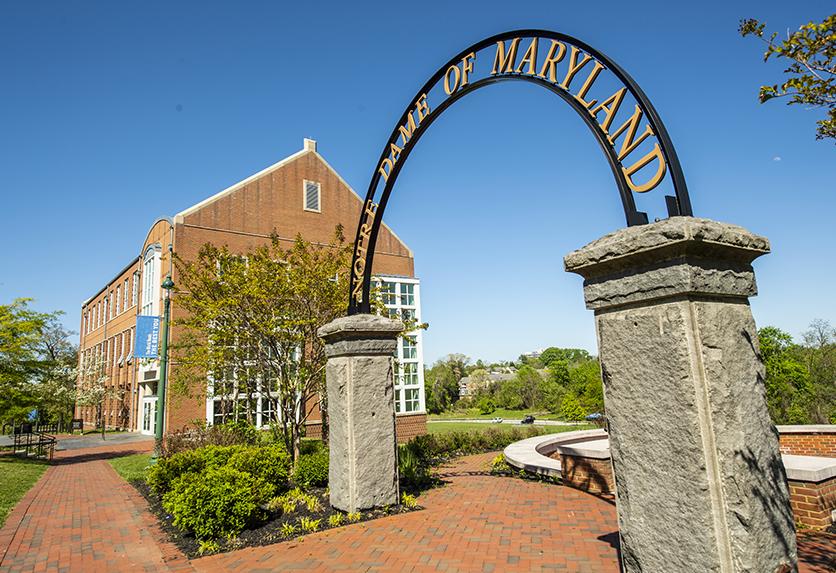 BALTIMORE – For Nowrasta and her younger sister, Nastaran, the past 10 months have been filled with turmoil and uncertainty.

The two sisters, along with their father and two additional siblings, were among the thousands of citizens from Afghanistan evacuated out of the country after the Taliban regained control last August. Their mother was only recently able to join them, and efforts to bring their oldest sister over to the United States continue to this day.

That experience, along with all of the struggles that come with an unexpected transition to a new country, has led to many dark days for the family. Nowrasta and Nastaran, however, received a welcome update from Notre Dame of Maryland University this spring, when they learned that they would be the first two recipients of the school’s Afghan Refugee Scholarship. The scholarship is awarded in partnership with the Rotary Action Group for Refugees, Forced Displacement, and Migration.

“When we heard we got the scholarships, it was the best news we had since we have been in the United States,” Nastaran said. “We were so excited – it was just a great day.”

The sisters first learned about the scholarship opportunity from Daniel Jacoby, a volunteer and advisory board member for the Episcopal Refugee and Immigrant Center Alliance (ERICA). Jacoby and Betty Symington, who serves as ERICA’s executive director, met the family while they were staying at an extended stay hotel near BWI airport.

“We’re a social justice program that welcomes refugees, asylum seekers and other humanitarian immigrants who have fled persecution, poverty and war in their home countries,” Symington said. “We’re focused on providing access to those who face a lot of high barriers.”

Nowrasta and Nastaran’s family left Afghanistan out of fear for their safety following the Taliban’s takeover, as their father worked as a translator for NATO while the previous government was in charge. There was also a strong desire to continue their education; Nowrasta was in her third year studying public health at Kabul Medical University, while Nastaran was lined up to start college this fall.

“They’re from the first generation of women in Afghanistan, at least in the urban areas, to have grown up with the idea that they could be educated,” Symington said. “There have been highly educated Afghan women in the past, but they have been predominantly from a very small, wealthy elite in the country. Over the past 20 years, many strides were made for girls, and education was a huge focus.”

Education opportunities for women remaining in Afghanistan were quickly taken away by the Taliban once they regained power. That reality made the idea of attending Notre Dame, home to Maryland’s only undergraduate women’s college, even more appealing.

“One of the first things they saw when they visited campus, walking up the stairs of Caroline Hall are these huge portraits of women from the late 19th century,” Jacoby said. “They really loved what that represented, having the chance to attend an institution dedicated to the education of women.”

That first trip to campus left an immediate impression on both sisters.

“The environment was so great,” Nowrasta said. “We were honored to meet the president during our tour, and all of the staff and faculty members were so kind. They really want to help the students achieve their goals.”

“I really like the campus,” Nastaran added. “Everyone was stopping to say hi – they welcomed us very nicely. It was great to meet people from so many different departments.”

As they prepare to join Notre Dame in the fall, Nowrasta and Nastaran have received invaluable assistance from Lucy Neale Duke, one of several college guidance counselors who work pro bono through ERICA’s Pathways to College initiative. They are also in the midst of an eight-week session at another nearby university to improve their academic English skills.

Once that is completed, the sisters will head to NDMU to continue their pursuit of a college degree, an effort which has outlasted all of the obstacles thrown their way over the past 10 months. Nastaran is hoping to develop her skills in IT, cybersecurity and program management, while Nowrasta’s initial interests are centered on biology and computer science.

“We lost our home in Afghanistan, but when we got these scholarships we also found hope,” Nowrasta said. “I was so fortunate to receive this opportunity, and I am ready to put my 100 percent effort into this.”