President Yam to Chair Board of Trustees for MICUA

Dr. Marylou Yam, President of Notre Dame of Maryland University, will become Chair of the Board of Trustees for the Maryland Independent Colleges and Universities Association (MICUA) effective July 1, 2021. 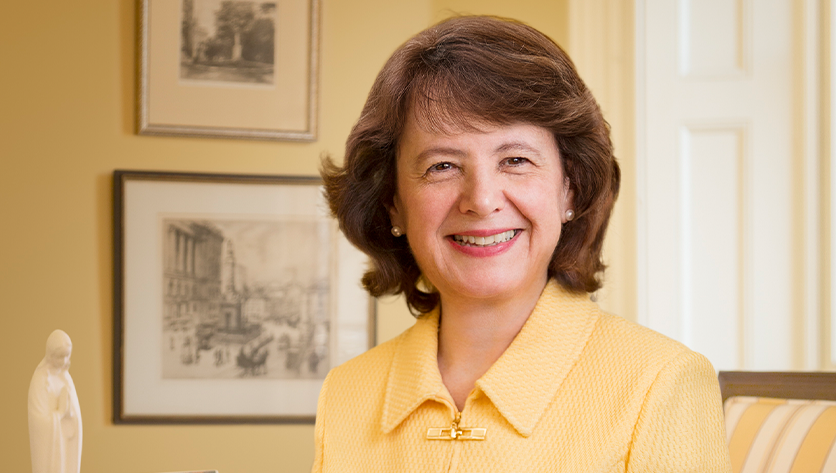 A MICUA Board member since 2014, President Yam previously served as Chair of the Capital Projects Committee and for the past two years as MICUA Secretary - Treasurer.

MICUA’s 15 private, nonprofit colleges and universities serve almost 55,000 students annually and award 27% of all degrees conferred by Maryland four-year institutions. It is the voice of independent higher education in Maryland, and informs the broader public about its member institutions and the vital importance of independent colleges and universities to the future of our State and nation. MICUA is celebrating its 50th anniversary this Fall.