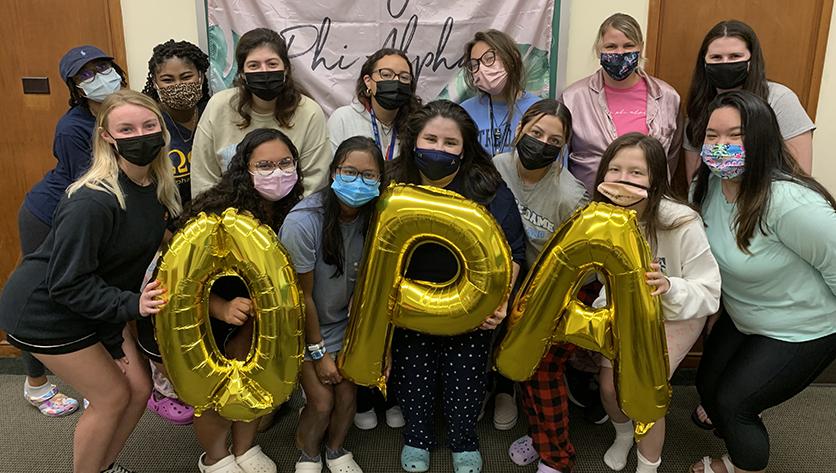 BALTIMORE – When Francesca Circosta ’22 was a freshman at Notre Dame of Maryland University, making friendship bracelets for students in India was one of her most memorable experiences during her first year with Omega Phi Alpha.

Three years later, the 2021-22 president of NDMU’s service sorority, commonly referred to as OPA or OPhiA, was able to replicate the project to conclude a memorable fall semester for the organization.

“One of our members during my first year, Sarah Urie, was going to India to help out at a school,” Circosta said. “She had the original idea of making the bracelets and handing them out to her students. Whenever someone asks me about OPA, I tell them that was my favorite project because it’s crazy how I impacted people halfway across the world.”

Current treasurer Catherine Garcia ’22 came up with the plan to repeat the experience. Garcia has family in El Salvador, including an aunt and uncle who work at a local school. After OPhiA members braided the bracelets at the end of the fall semester, Garcia was able to deliver them while on winter break. 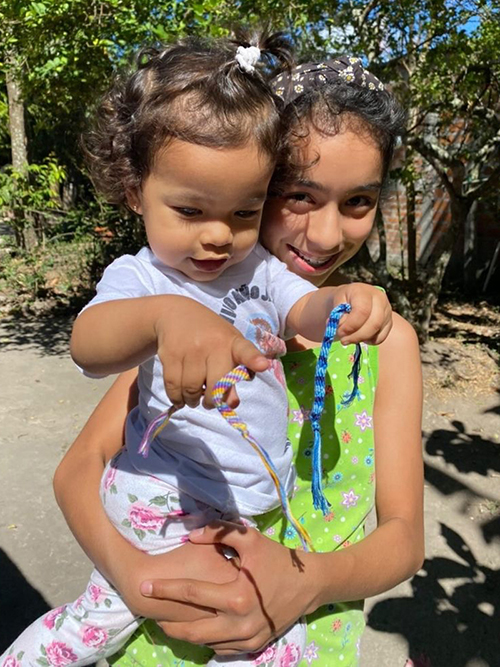 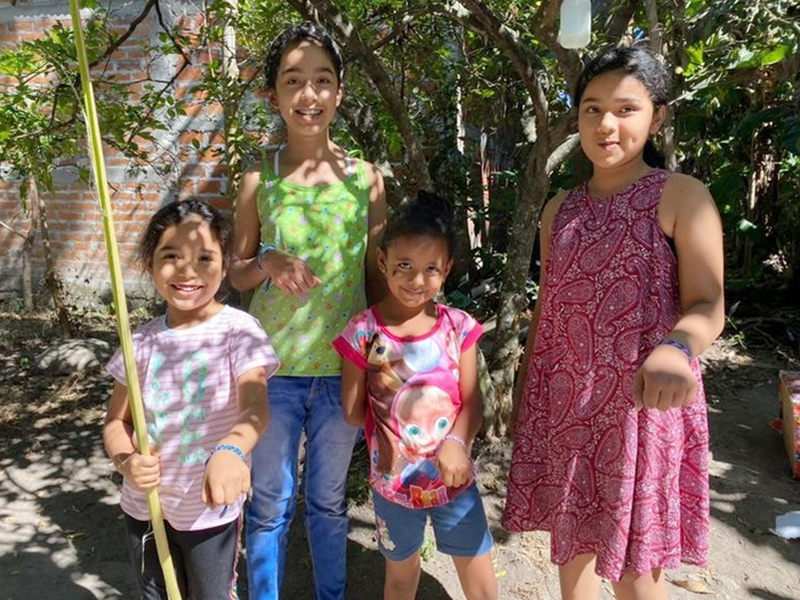 That was just one of several activities conducted in the fall by the sorority, whose executive board also includes Vice President Kaliah White ’22, Service Director Erika Kaschak ’22, Membership Director Megan Shoop ’22, New Member Educator Dylan Stabbe ’23 and Sisterhood Director Candice Irby ’23. They also collected almost 10 pounds of pop tags to support Ronald McDonald House Charities, and raised over $1,300 through participation in the St. Jude Walk/Run and a 5K for the American Foundation for Suicide Prevention. That 5K concluded a Mental Health Awareness Week in which OPhiA partnered with Psi Chi, the National Honor Society in psychology.

“You don’t join this organization if you don’t like service,” Circosta commented. “That’s one of the first things we always tell new members and people that are interested. It’s just really important for us to give back, and you don’t realize how fun it can be. It doesn’t feel like work when you’re doing it with a great bunch of people.” 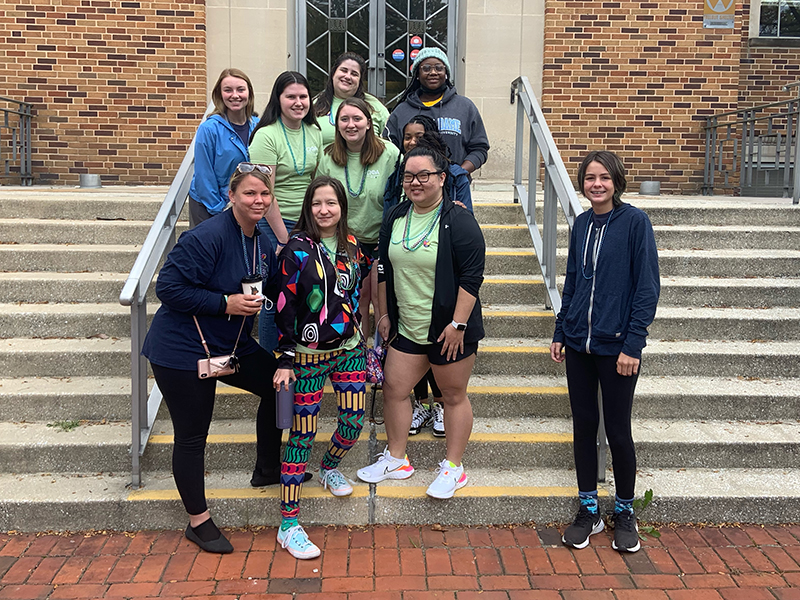 The group will quickly pick up where they left off during the spring semester, beginning with a Valentines for Veterans initiative on February 8. Other initial plans include a Build-A-Bear workshop for children in the University of Maryland Medical Center Children’s Hospital, cleaning up the campus cemetery, and traveling to Washington D.C. to help provide food for the homeless through Martha’s Table.

The Build-A-Bear workshop will take place during OPhiA’s spring recruitment week, which begins with an info session at Fourier Hall, Room 106 from 5 to 7 p.m. on Feb. 14. All Notre Dame students, including members of the graduate and adult college programs, are invited to email alpha.iota@omegaphialpha.org for more information on joining the sorority.

“I was skeptical of Greek life at first,” Circosta said. “But it gave me a place on campus and a group of friends that I wouldn’t have had otherwise. We’re really all about service and friendship, and we want to give people leadership opportunities. We are a small organization, so it’s a great place to learn and grow and have a good group of friends for all four years and beyond once you leave Notre Dame.”

Do you know an NDMU student, alum, staff/faculty member or organization that should be featured on the University website? Send story ideas to communications@ndm.edu!